When Prince Harry attended the Warrior Games in Colorado in 2013, he saw how the power of sports could help wounded warriors physically, socially and psychologically.  He envisioned bringing this power to an international level. 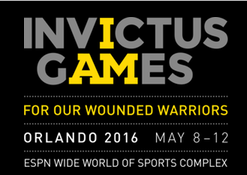 The 2014 Invictus Games helped to remove stigma around physical injuries and Prince Harry  hopes this year’s Invictus Games can do the same for invisible injuries. He and President George W. Bush hosted a symposium on Invisible Wounds at this year’s Games in Orlando, aiming to destigmatize post-traumatic stress.

After serving in Afghanistan as a combat helicopter pilot, the Prince recently acknowledged that he has post-traumatic stress.  He said the key to fixing the problem of invisible injuries is speaking out and using available resources.

“I’ve spoken to everybody who has severe PTSD, through to minor depression, anxiety, whatever it may be, and everybody says the same thing: if you can deal with it soon enough, if you deal with it quick enough and actually have the ability and platform to be able to speak about it openly, then you can fix these problems,” he said. “If you can’t fix them, you can at least find coping mechanisms. There’s no reason why people should be hiding in shame after they’ve served their country.” – Prince Harry

The word ‘Invictus’ means ‘unconquered’. It embodies the fighting spirit of the wounded, injured and sick service personnel and what these tenacious men and women can achieve, post injury.  The Invictus Games Foundation was founded to organize and govern the Games with the help of their Board of Trustees composed of specially selected men and women with far reaching experience in the military, business and sport sectors. They are all deeply passionate about the vision of the Invictus Games and the positive impact that sport can have.  (learn more about the Invictus Games Foundation)   Because of the international popularity of the Games and request for participation and the amount of time and money involved in developing a hosting site, there were no 2015 Invictus Games.  The next games will be in 2017 in Toronto, Canada.

Watch the Opening Ceremony with Prince Harry and Michelle Obama: 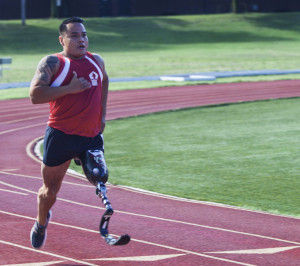 One of this year’s US Team Competitors is Marcus Chischilly. On the Marine Sergeant’s fourth tour, he stepped on an enemy bomb blasting shrapnel into his body, sustaining nerve damage in his right hand and requiring his leg to be amputated above the knee. It took about two years for Chischilly to recover from the blast but he regained strength through physical therapy, adaptive sports, and a positive attitude.

Asked how adaptive sports helped him recover from his injuries, Chischilly said:

“Anything physical can be overcome. It’s the mental aspect that is the toughest and sports allow you to test the boundaries of physical limitations and push past them. I would not be where I am today if not for adaptive sports.” 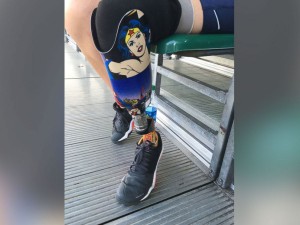 Retired US Marine Lance Corporal Sarah Rudder was the first American to win a Gold Medal and went on to become the most decorated competitor at the Games. When she sprints down the track, she doesn’t run alone. With her is Superwoman, decorated on her prosthetic leg; a reminder to her of the woman she tries to emulate.

“Even though she’s not exactly real, we still have someone to look up to and know that a woman is known for her strength,” Rudder says. “I want to be known for that as well.”

Watch her interview with Bob Woodruff

Rudder, awaiting her promotion ceremony outside of the Pentagon building on September 11, 2001, was unscathed in the attack on the Pentagon but two days later she was not so lucky. When she returned to the defense complex as part of the rescue operation pulling survivors and non-survivors out of the building, her left ankle got stuck in a concrete barrier and was crushed. The injury, which required five reconstructive surgeries trying to correct nerve damage which travelled up her leg, eventually led to her left leg being amputated two years ago.

Struggling to deal with the loss of a limb, Rudder found sports as a way to turn despair into triumph. She became a part of the military’s Wounded Warrior program, which led her to compete in the Invictus Games.

Check out the results of this year’s Invictus Games at Invictusgames2016.org.

Thank you Prince Harry for your vision and to the Invictus Games Foundation for making this happen.  You inspire us to encourage, enable and educate.