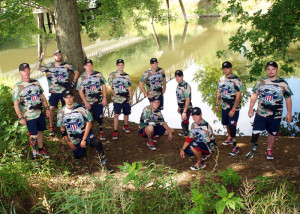 The Wounded Warrior Amputee Softball Team (WWAST), represents some of our nation’s bravest and most determined heroes, soldiers and veterans. These extremely athletic men have sustained severe injuries resulting in amputation while serving in the military/war, and through extensive rehabilitation, they have become competitive athletes again.

Their mission is to raise awareness, through exhibition and celebrity softball games, of the sacrifices and resilience of our military, and highlight their ability to rise above any challenge.  Their motto – “Life without a limb is limitless” expresses their determination and drive.  Recently, they played (and won!) an exhibition game against First Responders at Fenway Park in Boston, with proceeds going to The One Fund for victims of the Boston Marathon bombing.

In June, they led a softball camp for children with amputations at the ESPN Wide World of Sports Complex in Disney World, sharing their softball advice and coaching and their never give up outlook and determination.

In June, WWAST played a double header at Yogi Berra Stadium in Little Falls, NJ, first against the Comedy Central Softball Team and then against the CBS Sports Softball Team.  To follow their schedule, join them on Facebook, great photos and videos. 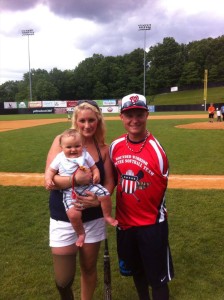 These brave warriors have become mentors and role models, sharing their time and their life experiences and educating not only other amputees, but also the general public as they exhibit their athletic skills and raise money for worthy charities – true inspirations.

To learn more about the WWAST and their team members, visit their website http://www.woundedwarrioramputeesoftballteam.org/

To learn more about the Wounded Warrior Project, visit http://www.woundedwarriorproject.org/.  The  organization has interactive programs, education and career training, outdoor rehabilitative retreats, adaptive sports and recreational activities, peer support, and professional services, all developed to give injured service men and women the tools to maintain healthy, meaningful relationships with family and friends, and pursue life goals without the barriers or stigmas associated with mental and physical health issues.  Their motto – “the greatest casualty is being forgotten.“