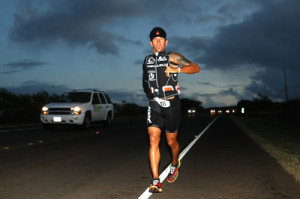 At the age of 12,  Jason Lester was hit by a car while riding his bike, resulting in 21 broken bones, a collapsed lung, and a paralyzed right arm.  His dreams of being a top athlete seemed to be broken as well.  As another strike against him, as he was lying in his hospital bed, his father, who was his sole guardian, died of a heart attack at the young age of 39.

Jason became relentless in his rehabilitation, inspired by his father’s love of sports.  He re-learned to swim, bike and run, finding his niche in endurance sports. By the age of 16, he was competing in running and biathlon events.  After participating in countless races, including 5k, 10k, biathlons and marathons, Lester was ranked #2 in the state of Arizona in biathlons at the age of 18.

He was the first challenged athlete not only to complete the 2009 Ultraman World Championships, but to finish 3rd in his age division.  He became the ESPY award winner for “Best Male Athlete with a Disability” by 2009. He has become a world-class endurance sports champion – competing in Ironman and Ultraman competitions.

Despite all the accolades, Lester remains a humble man, who uses his athletic prowess as an example to children and adults. He teaches that almost no obstacle in life is too huge to overcome. His Never Stop Foundation, founded in 2007 in Hawaii, is testament to Lester’s commitment to giving back to the children on the islands that have given him so much. The goal of the Foundation is to help those in their formative years find, through sports and arts, their own true voice, help them build their confidence, improve their communication skills and learn the values of  Discipline, Structure, Giving Back, Strength of Character, Teamwork and Self Reliance.

“It has always been a mission of mine to run across the United States for a greater purpose than myself. I want this run to be a motivational experience for the countless cities and communities that make up our great country. “ 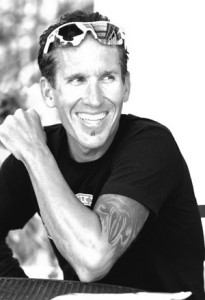 In 2012, Lester finished the 3PICMAN Challenge®, the iron distance triathlon that consisted of a 7.2-mile swim, 336-mile bike, 78.6-mile run in 51 nonstop hrs. “I will be doing this event to honor those lost in the horrific shooting at Sandy Hook Elementary School. I will dedicate every two hours of the 3PICMAN Challenge® to one of the lives lost.”  Jason raised funding through this challenge for the Sandy Hook School Support Fund.  Knowing how to reach supporters, he tweeted live from the event course on www.twitter.com/jasonlester.

In addition to numerous championships, he’s also the author of,  Running On Faith: The Principles, Passion, and Pursuit of a Winning Life,   the autobiography that credits his belief in God and determination in making him the accomplished man he is.

To learn more about Jason, visit his website:  http://www.jasonplester.com