Throughout the years, we’ve brought you stories of inspiring people who have gone beyond disabilities and limitations to demonstrate the power of positive thinking.  Let’s catch up with some of them! 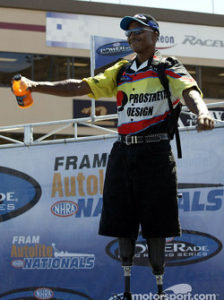 At the age of 14, due to a power line accident which surged 13,000 volts of electricity through his young body, doctors had to graft skin onto his third degree burned arms and cut off both his legs below the knee. To Reggie, this was just another challenge.   He became a world renown motorcycle racer, winning the  prestigious race; the Indianapolis U.S. Nationals in 2003.  He’s run marathons and trekked across Africa on a National Geographic expedition.

Unstoppable, Reggie has become a motivator and educator, travelling around the world.  His vision is to travel the world, meet people living with disabilities or challenges and share their stories.  “We can all learn from one another.”  In 2018 he spent over 220 hours flying on 87 different aircraft and flew enough miles to circle the world 4 times!

Reggie joined us on on our first Amputee/Adaptive Hike on June 24th 2018.  We look forward to seeing him again this year. 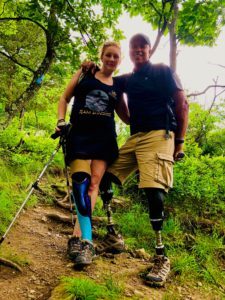 The way I see it, every day is a new opportunity to change your story. Learn from your experiences and start a new chapter. 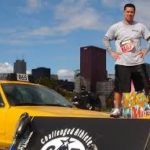 Gangrene from spinal meningitis at the age of 6 cost Isaac Feliciano his left leg from the knee down.  A lot of people thought this took away his physical capabilities but Isaac proved them wrong.  He was a star linebacker and wide receiver on his Passaic Tech high school football team and also  played second base on their baseball team. He has competed in the Paralympics, running 100 meters in just a little over 12 seconds

“It was a blessing in disguise to have this happen to me at a young age. As a kid, I had to prove myself. I didn’t want any special treatment at all.”

At age 3 1/2, a firefighter pulled him from a closet during a fire at his home. He knew then that he was going to be a firefighter and 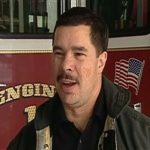 give back to his community.  He had to fight a legal battle to do it, but after passing the grueling firefighter physical tests, he reached his goal.

And today Isaac continues to be a firefighter and a leader as well.  In June 2018, he was promoted to Captain in the Paterson NJ Fire Department.  Congratulations Isaac – well earned! 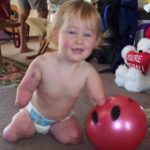 Charlotte Lucy Cleverley-Bisman was born in New Zealand in November of 2003.  She contracted Meningococcal meningitis in 2004 and is believed to be the smallest baby to have survived not only the severe infection but the subsequent quadruple amputations as well.  She was nicknamed “Miraculous Baby Charlotte” by her fellow New Zealanders as a result of making headlines worldwide after recuperating from a series of life-threatening complications.

Charlotte traveled yearly to Camp NoLimits to enjoy time with friends and mentors in sports and recreation activities.  Kayaking, racing and riding her custom built bike – and now, at 15, she’s discovered  boxing!  Charlotte has an unstoppable spirit and determination as you will see in the video below.

These 3 are but a few of the inspirations we love to highlight. Remember the words of Gail Devers, Olympic and World Champion Sprinter/hurdler: 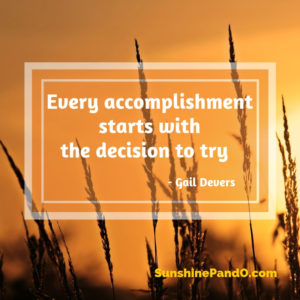 Every accomplishment starts with the decision to try