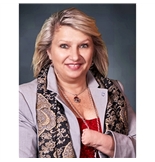 Gianna Rojas was born in 1962 in Bath, Maine and soon discovered life presented her with challenges. She was born without fingers on her left hand, into a military family which relocated every few years. She had to learn how to build rapport and new friendships with the other kids very quickly and her outgoing personality was a big plus. Unfortunately, however, having one hand often made her the target of school bullies. Once, she was even pushed into her locker at school and trapped in it for 3 hours. Events like that helped to build her strong, empathetic character. She dedicates herself to helping those facing similar challenges.

Gianna became the March of Dimes’ Poster Child for the State of Florida from 1972 – 1976. “A child who needs a hand gets one when you give to the March of Dimes” was the tagline to help raise awareness and funds for the research to help prevent birth defects. At one of the national photo shoots in Florida, Gianna met “The King of Golf,” Arnold Palmer. Little did that little girl know that Golf would become her passion when she got older.

Her husband, Ray is an avid golfer. She felt left on the sidelines just as she was during her school years when it came to sports. Gianna decided to try the game so they could golf together. She wasn’t aware of any resources for special instruction or equipment to assist her so she went to a few clinics, learned the fundamentals and made her own adaptations until she found something that worked for her. It wasn’t a fast process – it took several years and a lot of trial and error but now Gianna enjoys spending time with her husband golfing.

“Golf is between you, the ball and the hole, and the ball and hole don’t care if you roll it with your nose, or even if you get there.  It’s a very independent activity, and because of the cognitive focus you need, it makes other stressors in your life melt away and disappear. But, it can also bring people together. You can go out and play golf with anybody of any ability.”

Gianna is a community volunteer for the United States Disability Golf Association, whose mission is to provide people with physical, sensory, and mental disabilities an opportunity to play golf at the Championship level in the USA, including adaptive golf clinics.

In May of 2017 Gianna, now living in Oak Ridge, NJ,  founded a non-profit called Adaptive Golfers providing golf therapy for those with cognitive, physical, sensory, health and age related challenges. The organization’s mission is to match golfers like Gianna with the support, inspiration, and resources to assist them in playing the game of golf to the best of their POTENTIAL and ABILITIES. They have Adaptive Golf clinics for adults and for teens. In addition to adaptive golfing clinics, there are also Teach the Instructor clinics – to make instructors aware of different abilities and how to work with and around them. “That helps them to teach based on a person’s difference rather than just showing technique,” Gianna said. The idea is for these teaching pros to go back to their clubs so they can start running adaptive clinics themselves.

“It is a resource for people with all different abilities, be it Physical, Cognitive, Sensory, Health, or Age related, Adaptive Golfers will help challenged golfers match up with the resources needed to play to the best of their potential”, says Gianna, who firmly doesn’t like the term disabilities.

Known worldwide as the One Handed Lady Golfer, Gianna was named one of the LPGA Disruptors – 22 women who are spearheading a revolution in Golf, breaking the “grass” ceiling and changing the game.

“We are all able to achieve anything we can put our minds to do. I am just differently ABLED. I strive to turn the word IMPOSSIBLE to I’m Possible”.

Raising self-awareness of abilities, Gianna Rojas is our Inspiration