Zachary Tapec’s C6 spinal cord injury resulted from a diving accident in 1995.  Always physically active, his determination, strengths and love of water led him into one of sailing’s most grueling challenges last year R2AK – a 750 mile race to Ketchikan, Alaska from Port Townsend, Washington through some of the most treacherous and remote waters on the planet.  Zach joined a 3 man team, all parapalegics, in competition with able-bodied teams.  CNN Films and Great Big Films produced a 23 minute short film of this heroic effort. (https://youtu.be/Cu3MsLc8kxo) 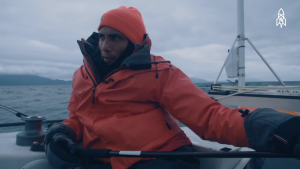 They made history by becoming the first team with all paralyzed members to take on the challenge. In their initial application, they didn’t even mention this because they felt it wasn’t something that held them back. Their ship, the Alula was slower than the competition’s because of additional equipment but they did make it through to the end.  If you require help, the Coast Guard is nearly half a day away. It is so hard that nearly 50% of teams quit which makes this story even more remarkable.

Although the team did end up being disqualified because one member (Bruno) had to leave and was replaced by a volunteer, Team Alula proved that anyone can do anything with the right amount of motivation, determination and heart. (https://hypebeast.com)

In 2015,  37 year old Zach entered the ISA World Adaptive Surfing Championships in San Diego, representing Team Hawaii.  At that time, he had been surfing for just a year. 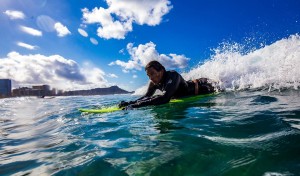 “I’m super excited. I prepared for the last 12 months…It’s good to see adaptive equipment from around the world.”

As a member of The Hawaii Adaptive Surf Team (HAST), a program of AccesSurf, Zach has entered world surfing competitions. In 2016 he came in first in Heat #1 Final Adaptive Prone in the  USA Surfing Championships. 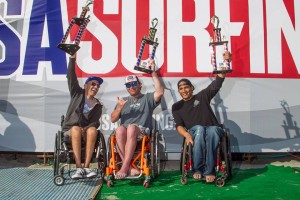 In addition to surfing, Zach is an Alumni member of the non-profit organization Pure Light Racing, whose mission is to motivate, facilitate and integrate physically challenged individuals in the sport of adaptive outrigger canoe paddling.

Zach is strength and determination on land too – prior to returning to Hawaii, Zach lived on the West Coast and was an accomplished wheelchair rugby athlete.  His prowess won him a spot on the 2007 U.S. Paralympics Wheelchair Rugby National Team.

For those unfamiliar with wheelchair rugby, it includes elements of basketball, rugby and ice hockey.It’s a full contact game, often referred to as murderball, with the object of scoring a goal by crossing the goal line with possession of the ball.  Zach ”Attack” Tapec  often gave his time to playing college exhibition games to raise funds for sports programs and equipment for disabled students.

For his enthusiasm, strong will, love of his sports and mentoring others, Zach Tapec is our Inspiration.