Gangrene from spinal meningitis at the age of 6 cost Isaac Feliciano his left leg from the knee down.  A lot of people thought this took away his physical capabilities but Isaac proved them wrong.  He was a star linebacker and wide receiver on his Passaic Tech high school football team and also  played second base on their baseball team. 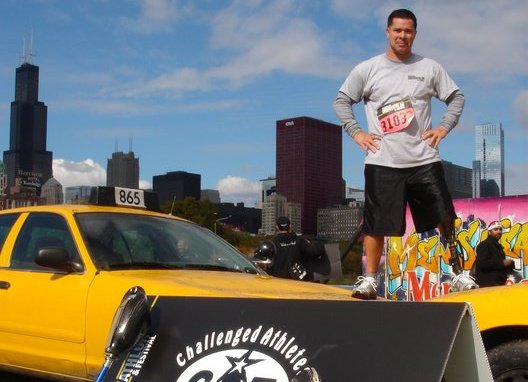 He has competed in the Paralympics, running 100 meters in just a little over 12 seconds. He placed third in the 2006 open track meet at Montclair State University.

“It was a blessing in disguise to have this happen to me at a young age. As a kid, I had to prove myself. I didn’t want any special treatment at all.”

He asked the Paterson Fire Department to give him the opportunity to go through the training at the Academy but the city’s medical consultant refused to clear him.  He was told he was not physically capable.

“A lot of people didn’t think I was able to do certain things,”

There are an estimated 1,500 amputee firefighters on active duty across the nation.  Isaac knew he was going to do 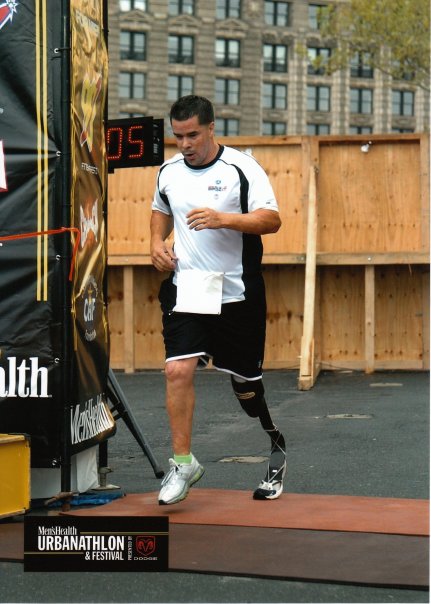 this.  He passed the firefighter’s exam, finishing 103rd out of 600 hopefuls. However, the city’s physician said he was not fit to be a firefighter because of his amputation.  And so Isaac and his lawyer took it to the NJ State Merit System Board, which accepted the findings of a state panel of doctors which reported that Isaac Feliciano was an athlete in school, enters competitions for the Paralympics and continues to exercise by running, biking, playing basketball and participating in weight training. He completed all physical performance tests during the testing phase and is functioning at a high level of physical activity consistent with the needs of the job.  It recommended that he be restored to the eligibility list. He passed the grueling physical test, which included pulling a hose 50 feet and then uncapping and capping a hydrant and carrying a human-sized dummy while wearing a weighted vest. In addition, his titanium-carbon fiber prosthetic is stronger than a human leg and more resistant to heat and flame.

Deputy Chief Joseph Murray knew Isaac at the Fire Academy. “He never made excuses. He never backed down. He was a leader,”

Now with more than 8 years on the job, Isaac has proven his capabilities and gets no special treatment. He wears a special titanium-carbon prosthesis that is more resistant to heat and fire than a human leg.

“I knew getting on the job, people did not know me. I had to show and prove myself”. 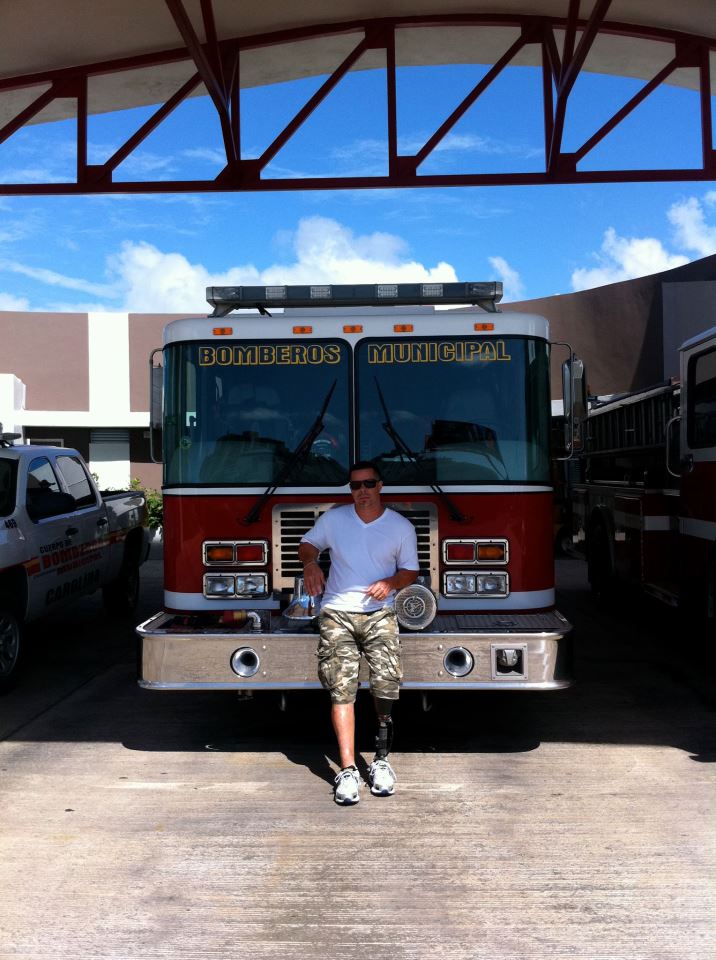 Isaac believes being a firefighter is “the ultimate way to give back to your community.”

Giving back to the community is more than firefighting to Isaac.  He is also a barber and donates his services to various charitable events.  Last Christmas, he was part of the Free Holiday Cuts for Kids Christmas event in Paterson.  More than 150 Paterson children received gifts and free haircuts.

Feliciano hopes his experience would move others with disabilities to follow their dreams.  Firefighting is not an impossibility. “I try to encourage them, to let them know it has been done. They can do it,” he said.

Isaac Feliciano is our Inspiration – Amputee Athlete and Firefighter, giving back to his community.