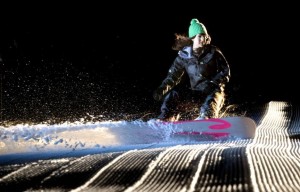 When she lost both of her legs to bacterial meningitis in 1999 at the age of 19, Amy Purdy thought she would never snowboard again.  Everyday she dreamed about the sport she loved and began a mission to figure out a way to do it again – the type of feet which would work, the necessary types of sockets, how to keep the legs attached.  Then 2 years later – kidney failure and she had to have a kidney transplant, but her passion for snowboarding never left her.   She challenged herself to move on with her life and not only regain some sense of normalcy, but also attain goals that even people who have both legs struggle to achieve.  Three months after her transplant, Amy attended the 2001 USA Snowboard Association national competition in California where she met some adaptive snowboarders just as passionate about the sport as she was.  She knew she did not have to give up her participation in  action sports.

She has become a world class adaptive snowboarder recently winning a spot on the US Paralympic Snowboard Team and is currently training for the chance to compete in the  2014 Olympic and  Paralympic Games  in Sochi, Russia. Amy recently held the title as the highest ranked female adaptive snowboarder in the world after winning 3 back to back world cup gold medals. 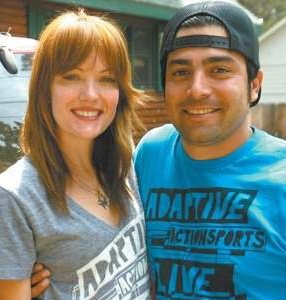 g with permanent physical disabilities, traumatic brain injury (TBI) and Post-Traumatic Stress Disorder (PTSD).   Some of  AAS’s most  significant accomplishments to date include: Adaptive Snowboard SBX race  at the ESPN Winter X Games, Adaptive  Snocross  Race in the ESPN Winter X Games, the development of The Adaptive Moto X Race and  Adaptive  Skatepark Jam  in the ESPN Summer X Games, the development and organization of the first Adaptive Snowboarding World Championships. AAS also successfully developed and trained an elite team of Para-Snowboarders in 2013  most of whom made the US Paralympic Snowboard Team.

With the help of a grant from the Challenged Athletes Association, Amy was able to participate in several snowboarding competitions and was asked to become a spokesperson for them. Moving to California to be closer to the CAF headquarters, Amy became involved in acting and modeling.

In addition to her sports activities and fund-raising for Adaptive Action Sports,  Amy is also a motivational speaker.  She has received standing ovations for her powerful, riveting storytelling.  In 2012 her “Living Beyond Limits” talk went viral bringing opportunities for Amy to speak around the world.

In her “spare” time aside from sports and motivational speaking, Amy models and raises 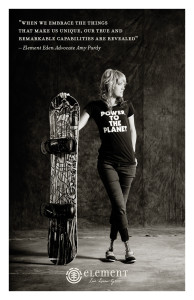 Amy and Dan’s adventures continued in the spring of 2012 when they participated in CBS’s The Amazing Race tv show.  It aired on CBS in September 2012 .

To learn more about Amy, visit http://amypurdy.com  or join her on Facebook