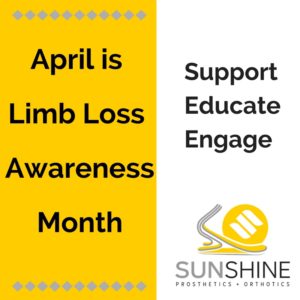 During the month of April across the United States, amputee support groups, veterans, prosthetists, rehabilitation centers and those with limb loss will be participating in a number of activities in their local areas to raise awareness.

“Limb loss is not uncommon and is becoming less uncommon every day,”  says Susan Stout, Amputee Coalition president & CEO “Many people are unaware of the causes of amputation and often see limb loss in just a few categories: the wounded warrior or the accomplished athlete. The fact is, limb loss affects every generation, from young to old and people from all walks of life. More than 2 million Americans live with limb loss and that number grows by 185,000 each year. “

Many people with limb loss have become mentors and advocates to others, raising public awareness and educating on adaptability, prevention and making yourself heard.  This month we’d like to highlight just a few of these people.

LAUREN WASSER is a model who lost her right leg due to toxic shock syndrome in 2014 and this year had to have the other leg amputated.  TSS—Toxic Shock Syndrome is a potentially fatal complication of certain types of bacterial infections caused by tampons which may be contaminated with chemicals and toxins. 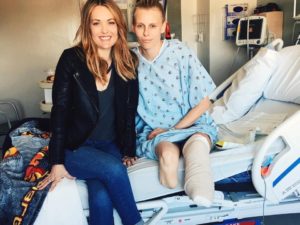 Lauren Wasser visited by Amy Purdy, who lost both legs to  Neisseria meningitis, a form of bacterial meningitis and has gone on to become a Paralympic medal winner, co-founder of  Adaptive Action Sports organization, actress  and motivational speaker

“ It not only left physical wounds but mental ones. I battled PTSD and fell into a dark depression after what happened. I melted into my bed, and life just sort of stopped… I have since dedicated myself to raising awareness about TSS prevention. I am comfortable in my new role as an advocate against an affliction that affects thousands.”  Lauren found her inner strength and voice.

STEPHANIE DECKER was an Indiana mother who faced a tornado collapsing her home around her while she desperately scrambled to cover her children to prevent bricks and debris from hitting them.  Among other serious injuries, her legs were crushed and had to be amputated. One year after the tornado, she started the Stephanie Decker Foundation, which has helped 250 children who have lost limbs attend a local sports camp. She also travels across the country as a motivational speaker. 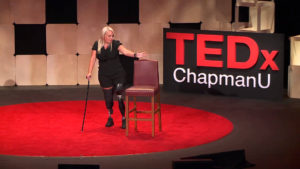 “The only limitations in life are the ones you put on yourself.”

Aaron Holm, Founder and President of Wiggle Your Toes. Aaron lost both of his legs in a horrific accident on January 2, 2007. But what shattered his body failed to dent his courage, strength and infectious optimism. He’s been helping others regain their positive energy and spirit ever since. 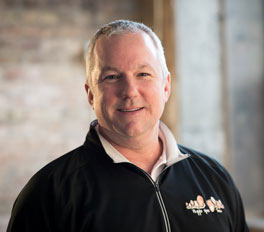 He founded Wiggle Your Toes so others could not just get by but live life to its fullest. Through personalized support, practical answers, resources and tools, Wiggle Your Toes helps amputees keep looking and moving forward.  They are a charity sponsor of the New York City Triathlon this July.

Travis Mills lost portions of both arms and legs from an IED while on active duty in Afghanistan. Travis continues to overcome life’s challenges, breaking physical barriers and defying odds. After experiencing a grueling 19-month recovery process to acclimate himself to life as a quadriplegic, Travis founded the Travis Mills Foundation, a nonprofit organization, formed to benefit and assist combat-injured veterans. He also founded the Travis Mills Group, LLC where he consults with and speaks to companies and organizations nationwide inspiring all to overcome life’s challenges and adversity. Travis lives by his motto: 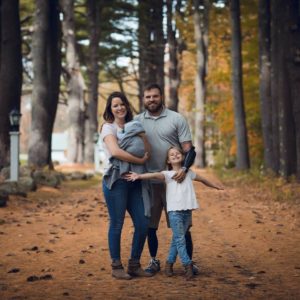 Travis Mills and his family

“Never give up. Never quit.”

These are just a few of the many amputees who have empowered themselves to help others do the same – mentoring, supporting, speaking at conferences, schools, hospitals, camps – wherever encouragement and motivation is needed.  We applaud them all – they are true inspirations.