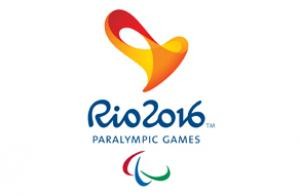 The 2016 Paralympic Games will be held in Rio this year, from September 7th through 18th.  Although the last games in 2014 (Winter Games in Sochi, Russia)  were the first to receive over 50 hours of US television coverage, the International Paralympic Games themselves date back to the first competition in Rome in 1960.

Sports clubs for athletes with impairments have existed far before that first Paralympic meet –  Berlin had sports clubs for the deaf back in 1888.  It wasn’t until after WWII, however, that it became more common.  At that time, the purpose was to help war veterans and civilians who had been injured during wartime.  Traditional methods of rehabilitation did not meet their medical and psychological needs. 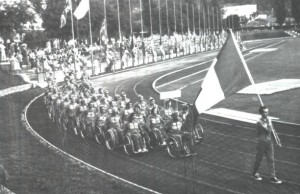 In 1944, at the request of the British Government, Dr. Ludwig Guttmann opened a spinal injuries center at the Stoke Mandeville Hospital in Great Britain, and in time, rehabilitation sport evolved to recreational sport and then to competitive sport. (https://www.paralympic.org/the-ipc/history-of-the-movement)  Dr. Guttmann organized the first competition for wheelchair athletes which he named the Stoke Mandeville Games,at the 1918 Opening Ceremony of the London Olympics. They involved 16 injured servicemen and women who took part in archery. In 1952, Dutch ex-servicemen joined the Movement and the International Stoke Mandeville Games were founded.  These games went on to become the International Paralympic Games – first taking place in Rome in 1960 with 400 athletes from 23 countries.

These four international organizations decided there was a need for coordinating the Games so they created the “International Co-coordinating Committee Sports for the Disabled in the World” (ICC) in 1982. The International Committee of Sport for the Deaf (CISS) and International Sports Federations for Persons with an Intellectual Disability (INAS-FID) joined in 1986.  The member nations felt they need more representation than the small group of presidents and general secretaries of the 4 original groups and so,  in September 1989, the International Paralympic Committee (IPC) was founded as an international non-profit organized to act as the global governing body of the Paralympic Movement.

The IPC organizes the Summer and Winter Paralympic Games.  It is committed to enabling Paralympic athletes to achieve sporting excellence and to develop sport opportunities for all persons with a disability from the beginner to elite level. In addition, the IPC aims to promote the Paralympic values, which include courage, determination, inspiration and equality. It also developed the system of “sports classes” for competition.  These are groups set up by degree of activity limitation resulting from the impairment. The IPC classification system determines which athletes are eligible to compete in a sport and how athletes are grouped together for competition. Different sports require athletes to perform different activities, such as: sprinting, propelling a wheelchair, rowing.  As sports require different activities, the impact of the impairment on each sport also differs. Therefore, for classification to minimize the impact of impairment on sport performance, classification must be sport specific. (https://www.paralympic.org/classification)

Coming up next:  MEET SOME OF THE TEAM USA PARALYMPIC ATHLETES