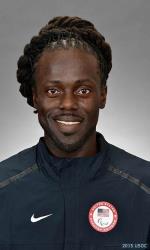 Some of you might remember our Inspirations Blog Post in October of 2013, about Regas Woods and Nick Stilwell, co-founders of the Never Say Never Foundation, encouraging disabled youth to overcome adversity and, through adaptive sports, show that anything is possible!

Regas was born with a congenital leg anomaly which didn’t allow his tibia and fibula to develop.  Both legs were amputated at the age of two. After the amputation, he was told he would never be able to run, drive a car or even work.  His goal:  prove them wrong!  And he has!  Regas “Legz” Woods  holds the world record for fastest bilateral above the knee amputee. Last October, he broke the US record in the 200m. 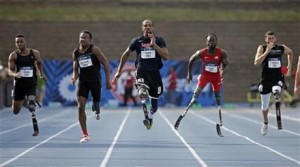 And now after competing in the US Paralympic team tryouts,  he is on his way to the Paralympics in Rio this September (7 – 18th)!

“It’s all about overcoming adversity. You’ve got the make the best of it.” 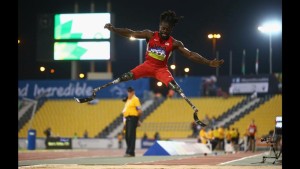 When he’s not out breaking track records, Regas  is an O&P Technician in his home state of Florida and also does extreme stunts on the Speed TV show and Super Bikes. Still not done with his activities, he sings Gospel Rap and Gospel Rhythm & Praise with Da Streetsweepaz Movement.