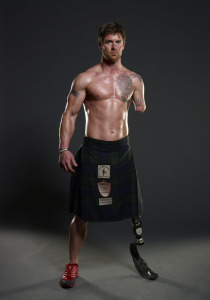 On December 19, 2005, Noah lost his left arm above the elbow and left leg above the knee in an Improvised Explosive Device (IED) attack in Iraq.  He woke up Christmas Eve to find out he had lost two of his limbs and also sustained several injuries to his remaining leg and his jaw.

The depression that followed took him through pain killer addiction and then alcoholism and then he battled his way out and became the fiercely strong, competitive and supportive man who won the Men’s Health Magazine’s “2014 Ultimate Men’s Health Guy” and rocks the cover of the November issue. 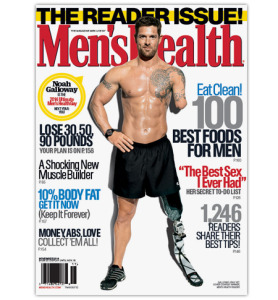 “They ask why I push myself to the limit. I do it because I feel powerful, strong and tough.  I feel at home when I’m challenged.”

Noah is determined to inspire others by his actions, by training like a machine and demonstrating that challenges are meant to be conquered no matter how big they might be.

“My climb out of the darkness of depression was not easy, but I have seen it as possible.  My stages of grief were necessary for me to grow and to finally reach the acceptance stage of my injuries.  I wouldn’t change anything that has happened to me, I am honestly better for it.  My training grows with me, and, I have no desire to quit anytime soon.  Telling someone to be healthier is like spitting into the wind.  It takes showing them that anything is possible that changes lives.  Don’t tell someone why you can’t do something, show them how strong you are because you overcame those obstacles.  Above all, let those around you see that you don’t just train, you Train Like a Machine.” 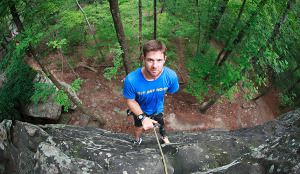 Noah has participated in the 2012 Marine Corps Marathon, three warrior Dash events, 7 Tough Mudder events, a Barbarian Challenge, 6 Spartan event, completed the Spartan Death Race, ran the Bataan Death March Marathon as well as a member of Operation Enduring Warrior completed the Bataan Death March in the heavy division a year prior to running it, 3 Crossfit competitions put on by Garage Games, plus several 5k and 10k races

A firm believer in giving back to those around him in need, Noah recently established the No Excuses Charitable Fund, which raises money and awareness for organizations that mean the most to him – The No Excuses Charitable Fund’s mission is to measurably reduce childhood obesity in the state of Alabama and to empower wounded veterans through support of physical, rehabilitative activities. While Noah proudly supports organizations serving wounded veterans, like Operation Enduring Warrior, he continues to focus his charitable efforts in sharing the importance of fitness – which saved his life.

To learn more about Noah, visit his website:  Noahgalloway.com