Oscar Loreto Jr. is an action sport enthusiast, bringing his enthusiasm to the world of adaptive sports through film and his love of skateboarding Oscar was born with a congenital birth defect that caused him to be missing his left foot, left hand and four fingers of his right hand. Adaptation became his way of life and he learned not only to write with both his hands but discovered and conquered the challenge of skateboarding.

Film by Outside Television 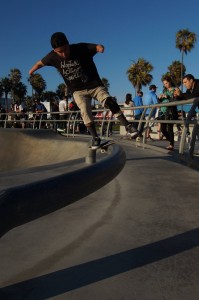 With hard work and determination, Oscar learned how to master his frustrations and skate with a prosthetic leg. Not satisfied with just riding the skateboard, Oscar learned tricks and in high school, he joined other skaters, forming a team named VOID and producing their own skate videos.
Continuing his education in video, Oscar graduated from California State University Long Beach where he got his degree in Film and Electronic Arts. He films, edits and produces skate and action sport videos through his company Bojangles Films, as well as other adaptive sports events for Adaptive Action Sports, the Extremity Games and the Challenged Athlete Foundation.

He’s also a volunteer for Adaptive Action Sports, helping them create new programs and more resources for adaptive individuals interested in skateboarding, as well as speaking at Summit events. Adaptive Action Sports was founded by Amy Purdy and Daniel Gale in 2005 to help create opportunities for individuals with physical disabilities to get involved in skateboarding and snowboarding and all action sports. 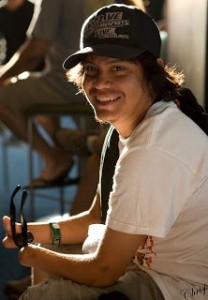 Recently Oscar was featured in two incredible videos that are both worth a look. The first is through SBC.Skateboard.com and the second is the premiere episode of “Rise Above” on You Tube’s’ new RIDE Channel. Check them both out!

He can also be reached at [email protected]